"Be willing to live daily in the gap between where you are now and where you wish to be. The simple decision to act will reduce any fear or self-doubt you may have and will activate motivational processes within you. From the decision to take action you set in motion a positive self-fulfilling prophecy. Each day, begin to do what is necessary to realize that goal." - Ari Kiev, Trading to Win

I started off my trade in Twitter on December 4th, with pathetic size. I risked less than half a percent as a matter of fact, however this was not a normal trade I would make, as I prefer to enter trades as a stock breaks out of a channel or base and into new highs. I did add, where the second arrow indicates, which was in new high territory. I took off more than half the position as the low was taken out on Thursday, December 26th. I think that a lot of traders, at least that I noticed on Stocktwits did the same, if not exit the position entirely. The stop on the remainder of my position is still down at 45.00. Maybe it just rolls over and stops me out completely? 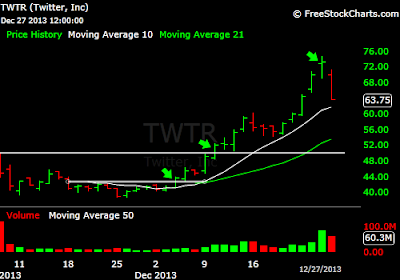 You can see that from the second chart, it did complete its measured move. Typically, signalling a time to rest. Or keep running. Or whatever the hell it wants to do. Who knows? 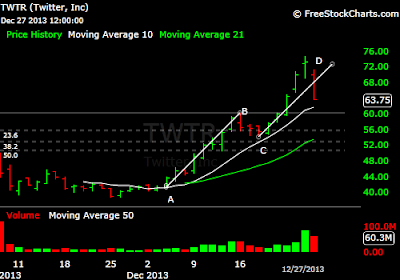 What I would love to see it do is something similar to the third chart. As the stock rests and sets up another base, it should be boring and frustrating for most. Should be good for the active day traders.

If for whatever reason, this idea plays out, the measured move would somewhere between 30-40 points depending on where the measurements are taken, which would the stock in the $90-$100 range.

I looked on MarketSmith, Earnings.Com and Yahoo, but couldn't find an accurate earnings date. Anyone have an idea? 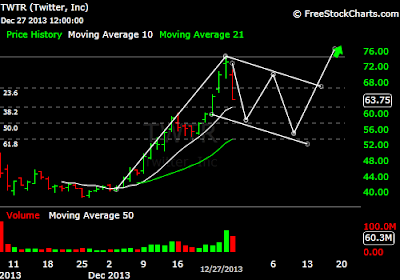 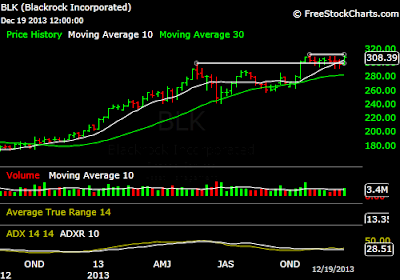 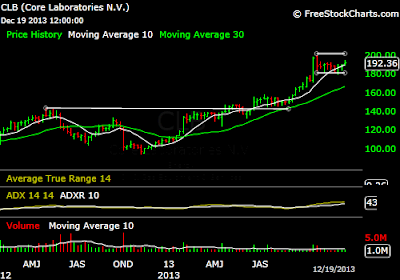 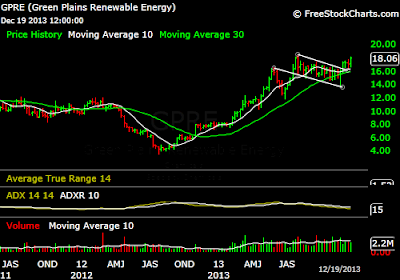 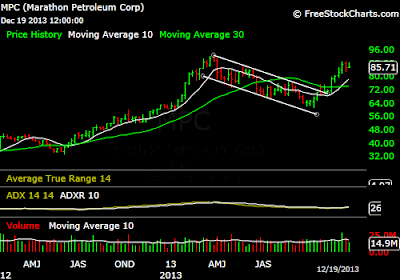 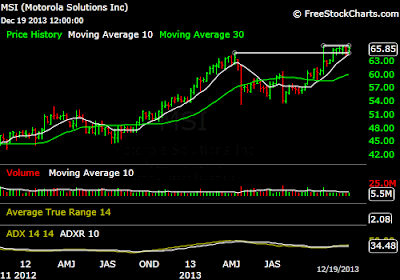 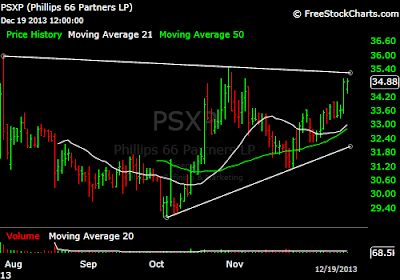 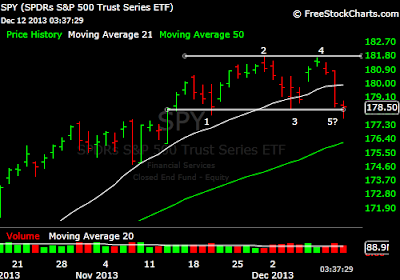 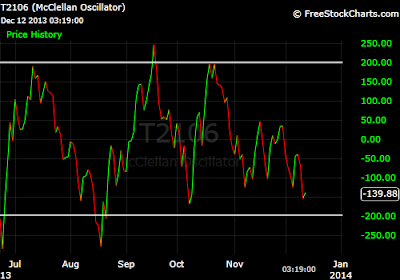 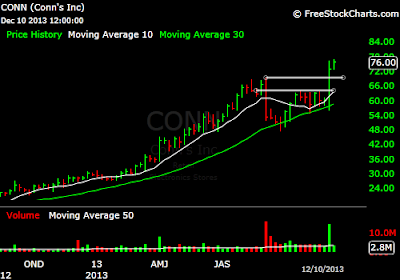 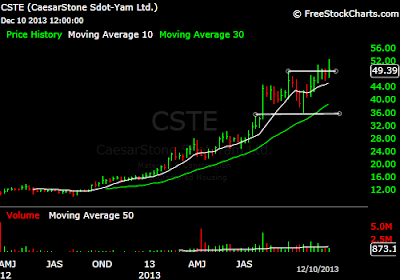 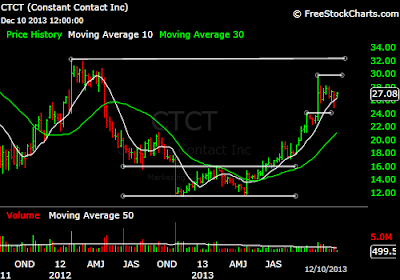 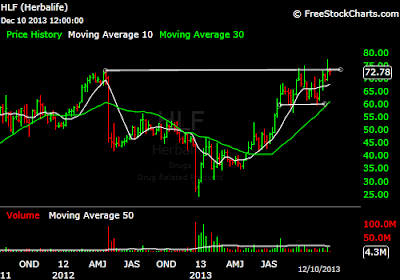 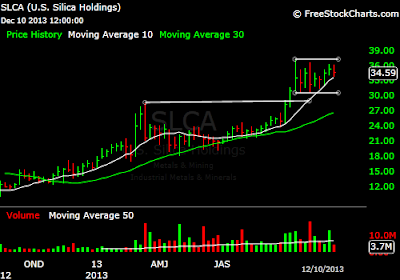 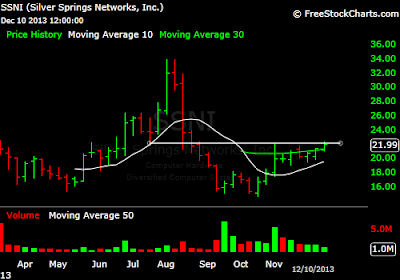 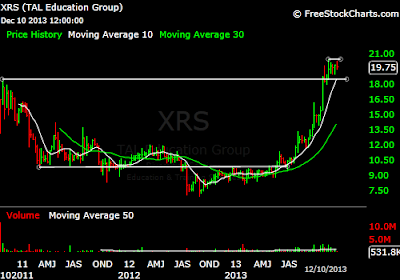